Empire of Sin The Gangster-CODEX

Empire of Sin its a strategy game made by John Romero which you should know by games like Wolfenstein 3D or Doom. Group CODEX brings up to the scene a release which contains the latest DLCs, you can find more informations below. Have fun!

NOTES: This release is standalone and includes the following DLC:

Description: Empire of Sin is a new strategy game brought to you by Romero Games and Paradox Interactive that puts you at the heart of the ruthless criminal underworld of 1920s Prohibition-era Chicago. 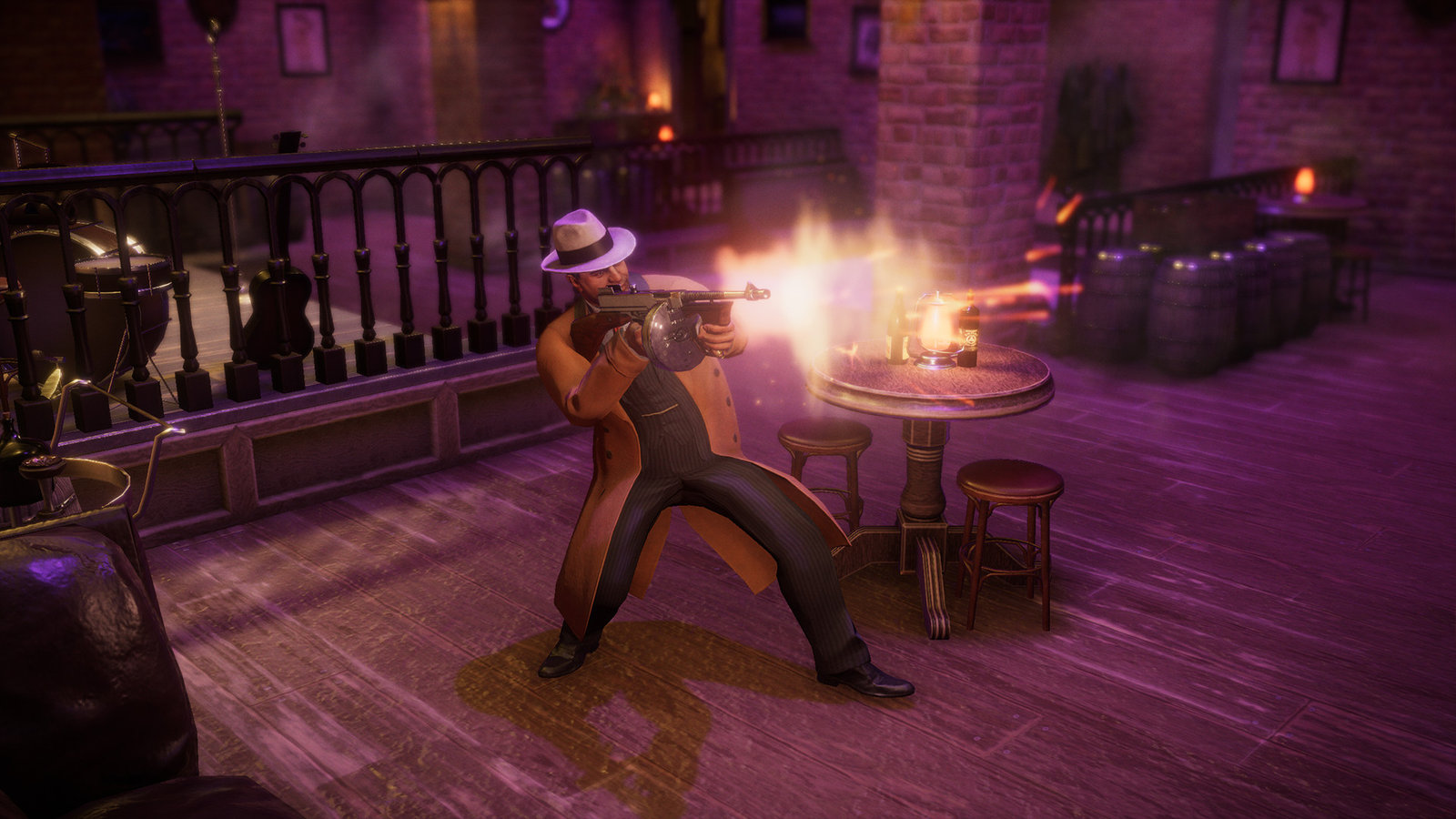 END_OF_DOCUMENT_TOKEN_TO_BE_REPLACED

This game its one of the favorites for one of our staff member but also a personal pick in the strategy genre. It includes five DLCs which i will list bellow and its a standalone release making it a perfect package to pick up and play. Have fun!

This release is standalone, the game is updated to v.13.303. Contains following DLCs:

Description: El Presidente is back! Prove yourself once again as a feared dictator or peace-loving statesman on the island state of Tropico and shape the fate of your very own banana republic through four distinctive eras. 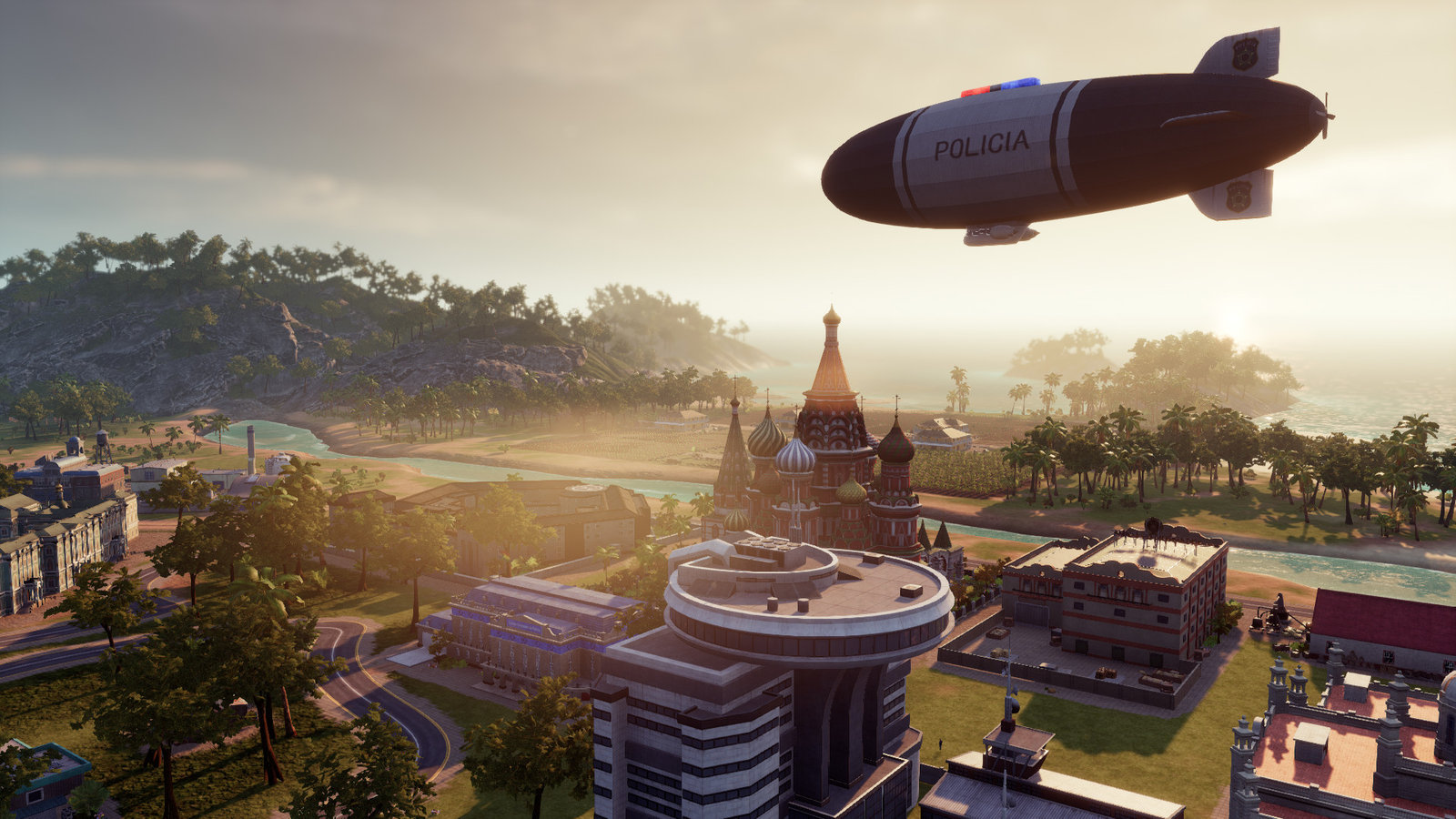 END_OF_DOCUMENT_TOKEN_TO_BE_REPLACED

Oddworld is one of the first games ive played back in the days, in the 90s and i had a great fun!. Here comes another approach on the franchise which looks one of the best games of the series. This was released on Epic Store and cracked by CODEX. Have fun!

Description: Oddworld: Soulstorm is an explosive action adventure game complete with crafting, scavenging, platforming, and sneaking. It’s the story of an impossible flight against an opposing force that will use every means at their well-funded disposal, from propaganda to brutal force to deadly violence, to stop Abe and the uprising. 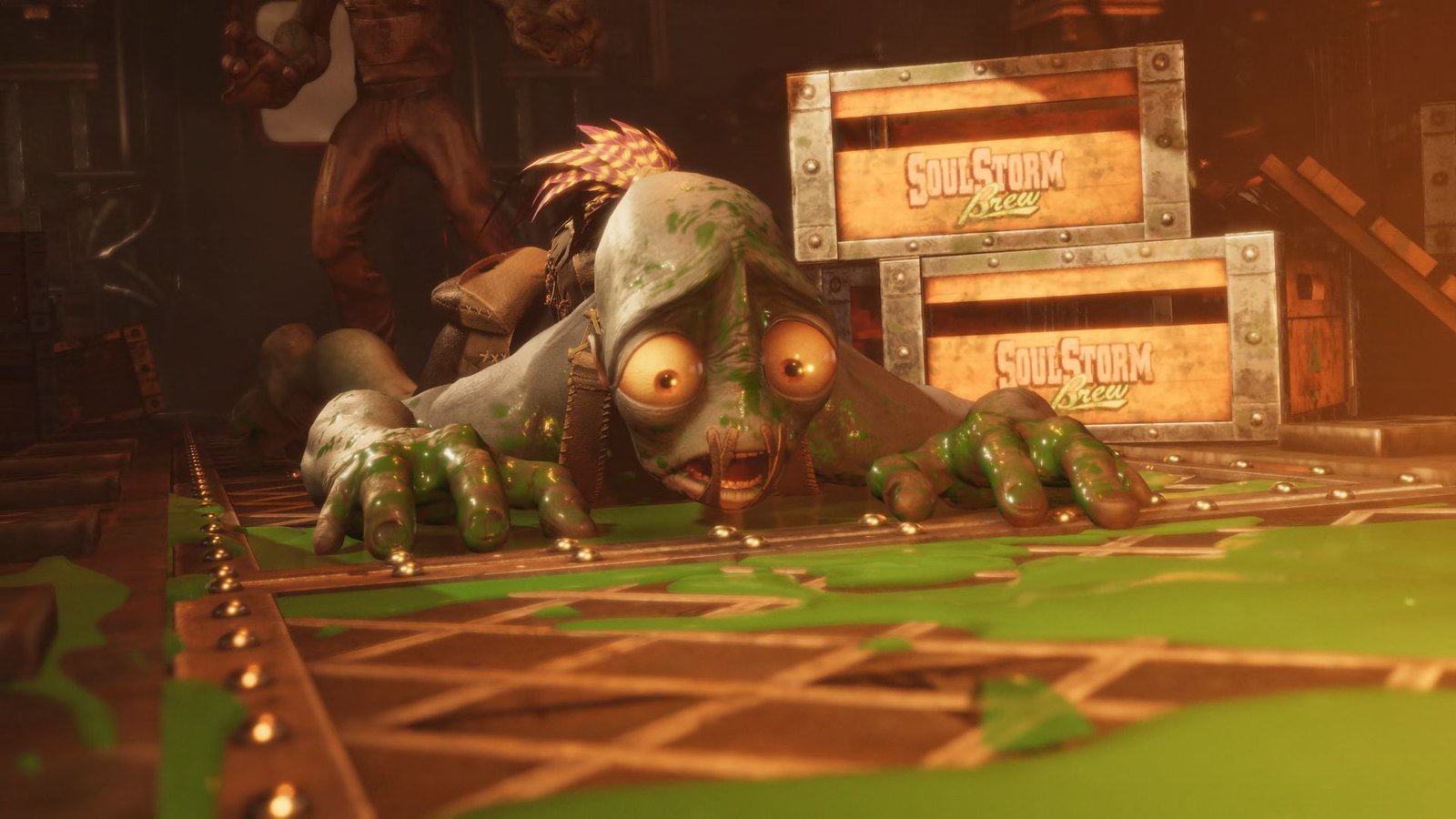 END_OF_DOCUMENT_TOKEN_TO_BE_REPLACED

The Last of Us Part II PS4-DUPLEX

The PS4 scene is alive again! The 7.50 and 7.55 firmware version for the PS4 now has a public exploit which works, therefore you will see a lot of releases for the PS4 these days. DUPLEX also released an update to this game, more infos bellow. Have fun!

Description: Five years after their dangerous journey across the post-pandemic United States, Ellie and Joel have settled down in Jackson, Wyoming. 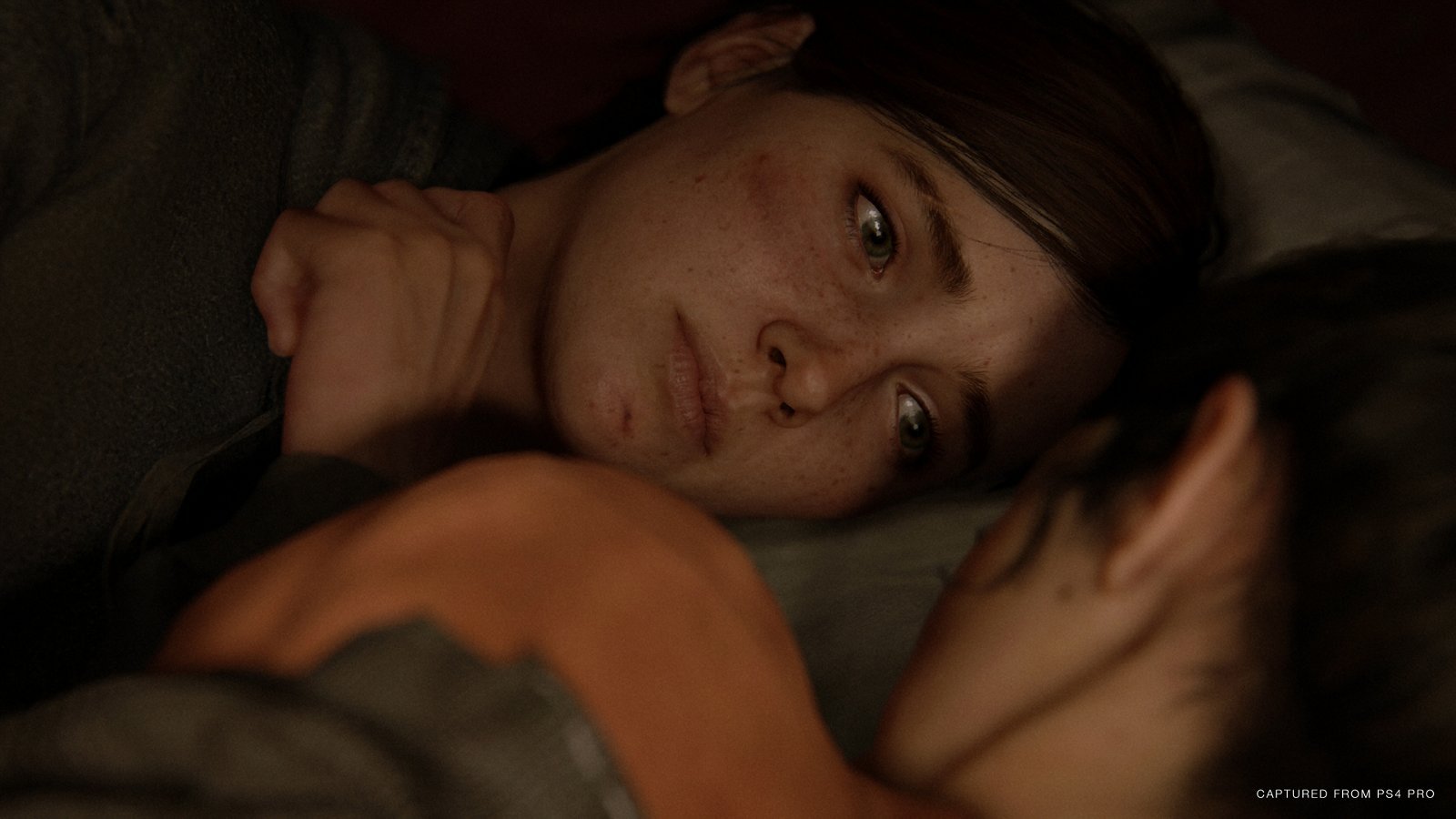 END_OF_DOCUMENT_TOKEN_TO_BE_REPLACED

Forza Horizon 4, one of the most beautiful car games to date, is finally on Steam! The scene group HOODLUM were on duty and released it as soon as possible, so thanks to them, after more then two years we have a scene release for it. If you are a fan of racing games make sure you dont miss this one. Have a lot of fun with it!

Description: For the first time in the racing and driving genre, experience dynamic seasons in a shared open-world. Explore beautiful scenery, collect over 450 cars, and become a Horizon Superstar in historic Britain. 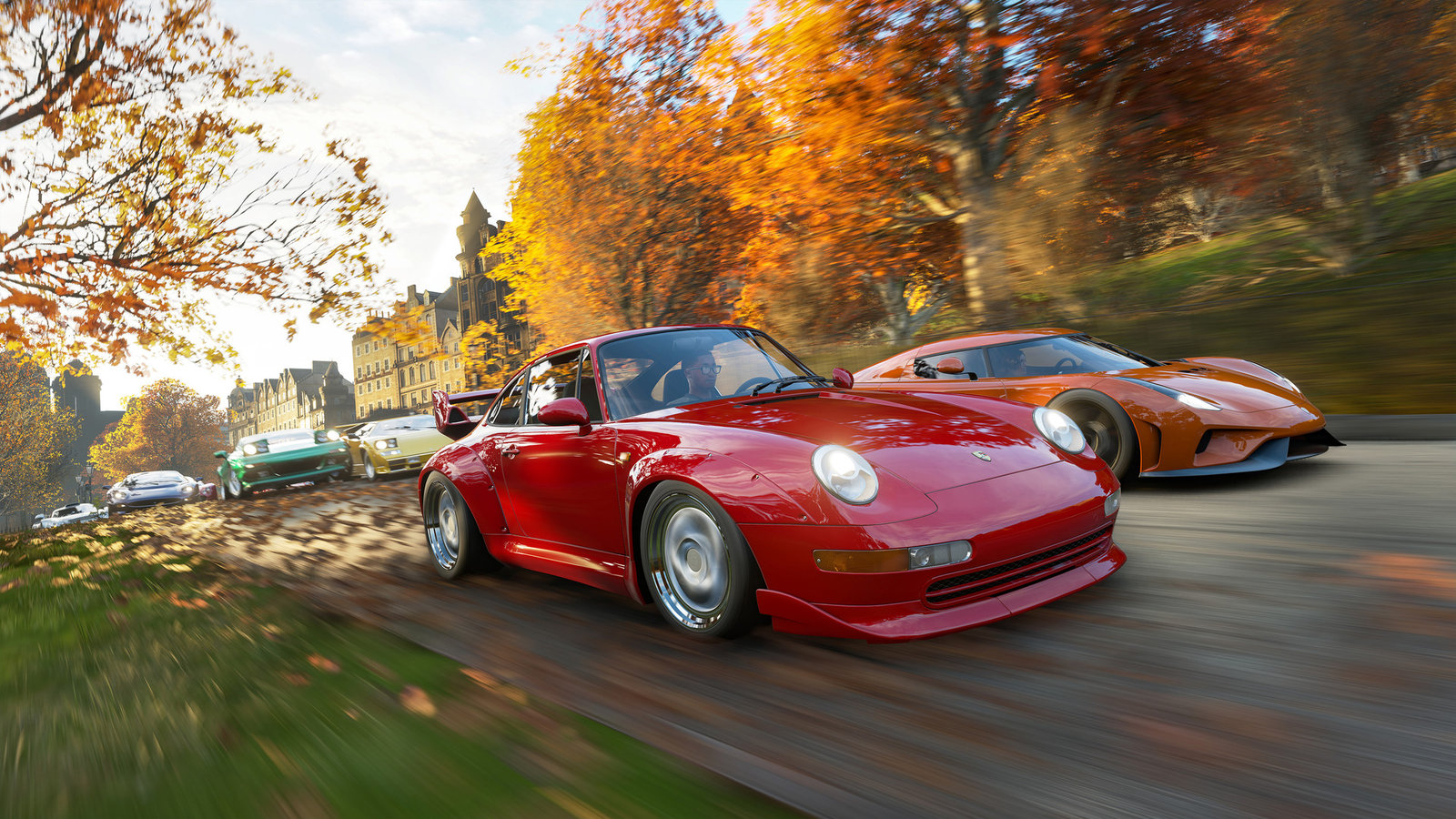 END_OF_DOCUMENT_TOKEN_TO_BE_REPLACED

The sequel for one of a high rated platformer game is here! Little Nightmares II continues the story from the previous game with new features who will refine the experience of the first game. The release is done by CODEX which also brought another release that includes the digital deluxe bundle, more information’s about this below. Have fun!

Description: Little Nightmares II is a suspense-adventure game in which you play as Mono, a young boy trapped in a world that has been distorted by a mysterious transmission from a distant signal tower. With Six, the girl in a yellow raincoat, Mono sets out to discover the dark secrets of The Signal Tower and save Six from her terrible fate. 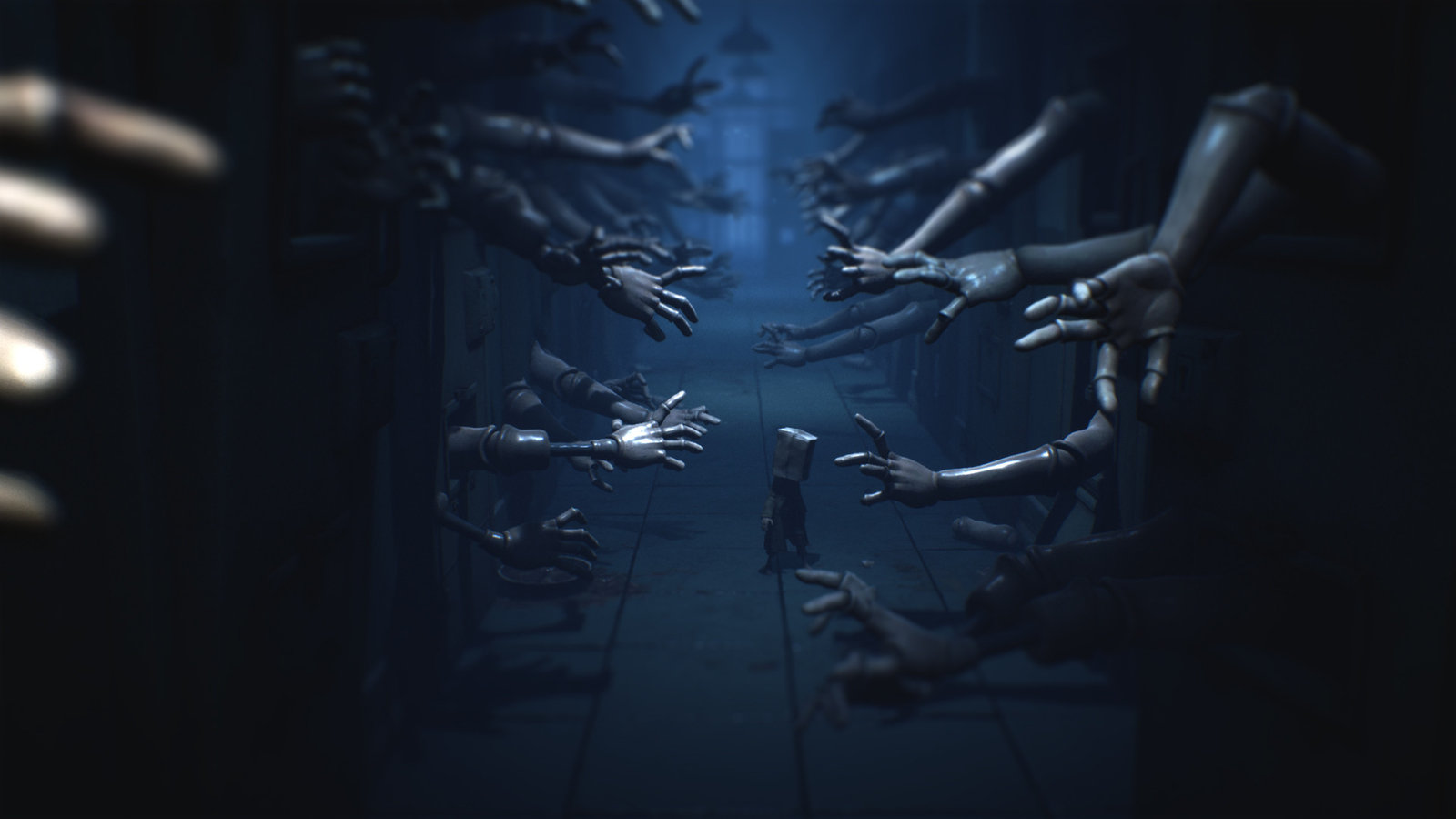 END_OF_DOCUMENT_TOKEN_TO_BE_REPLACED

The remastered is here. The Yakuza series has a strong base of players and Yakuza 5 was also released a few minutes ago by CODEX. This is a standard steam release. Have fun! 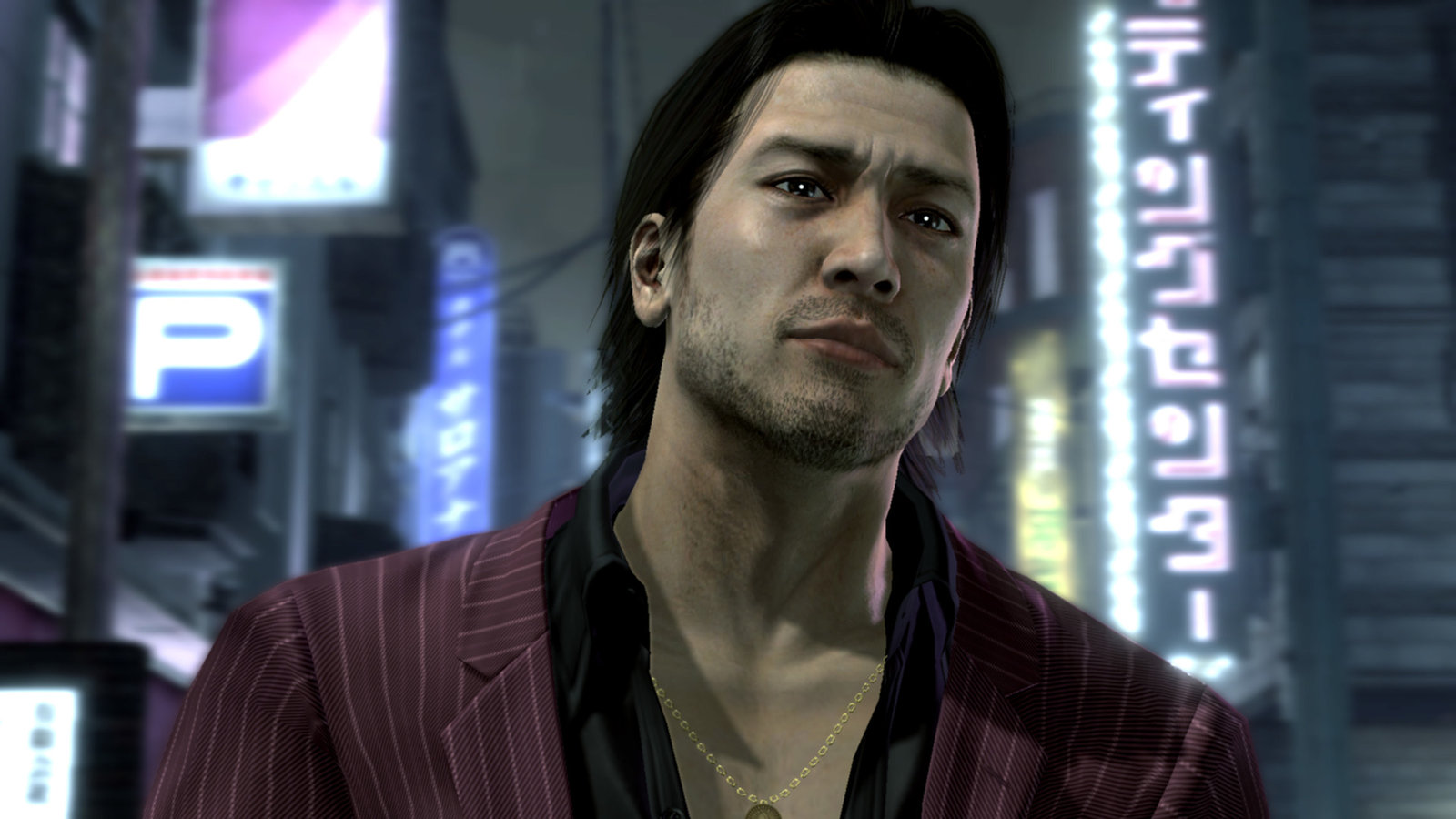 END_OF_DOCUMENT_TOKEN_TO_BE_REPLACED

Hurrey! Hitman series is back to end the trilogy with a highly anticipated and praised game. Grab it while its hot with this standard release from CODEX. As always, dont forget to buy it if you like it. Have fun!

Description: Death Awaits! Hitman 3 is the dramatic conclusion to the World of Assassination trilogy and takes players around the world on a globetrotting adventure to sprawling sandbox locations. Agent 47 returns as a ruthless professional for the most important contracts of his entire career. 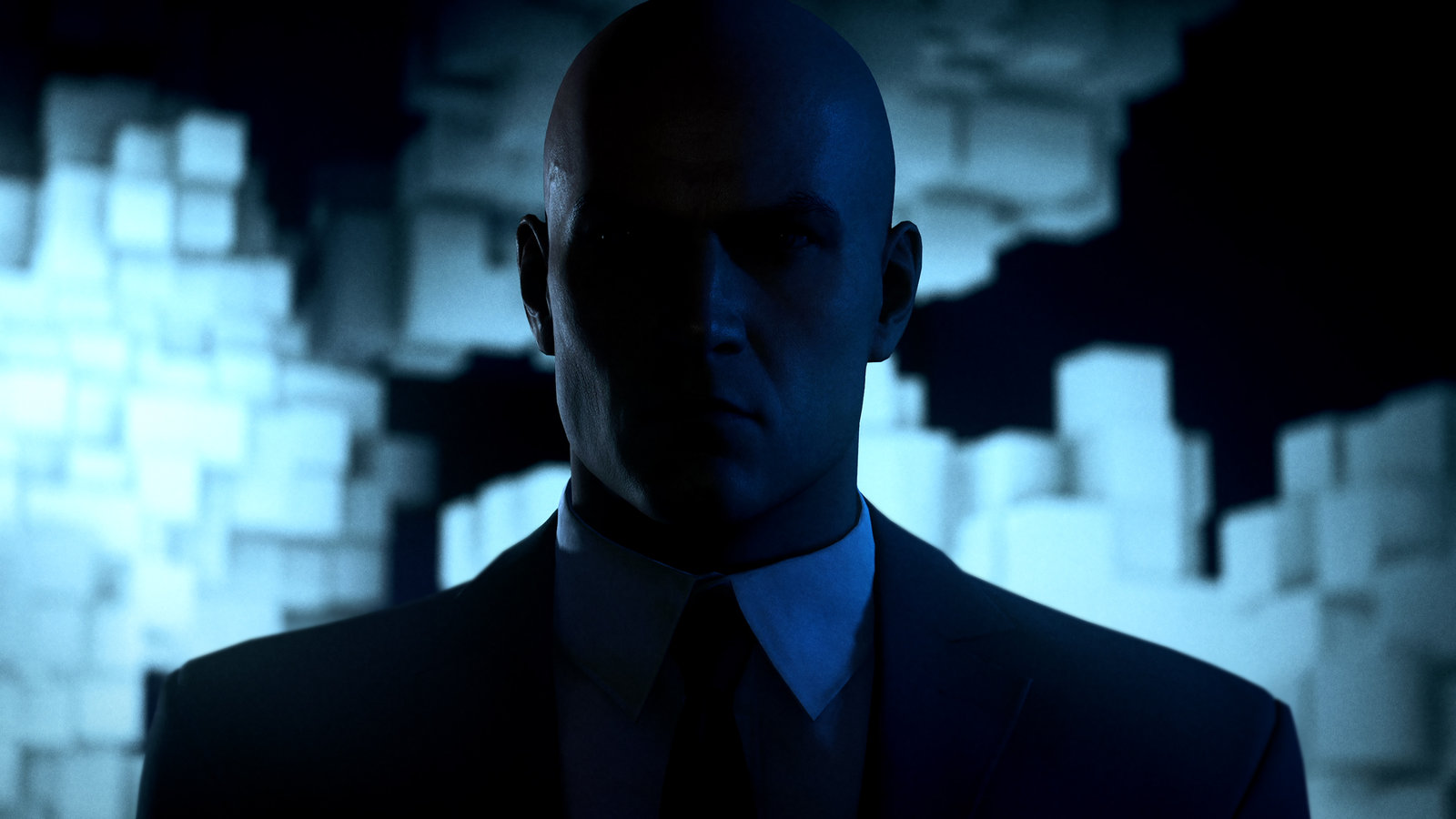 END_OF_DOCUMENT_TOKEN_TO_BE_REPLACED

Its finally here! After ten years since the release of the first game, Super Meat Boy is back with another adventure. Ive been waiting for this game since it was announced a few years ago. It seems that the end of the year brought a few good games in various genres. Have a lot of fun with it!

Description: The sequel to Super Meat Boy is here! Meat Boy and Bandage Girl must run, slide, tackle, jump, punch, and kick their way through over 7,000 levels to save their daughter Nugget from Dr. Fetus. Look at the graphics, listen to sound and music, and push buttons in this genuine certified video game. 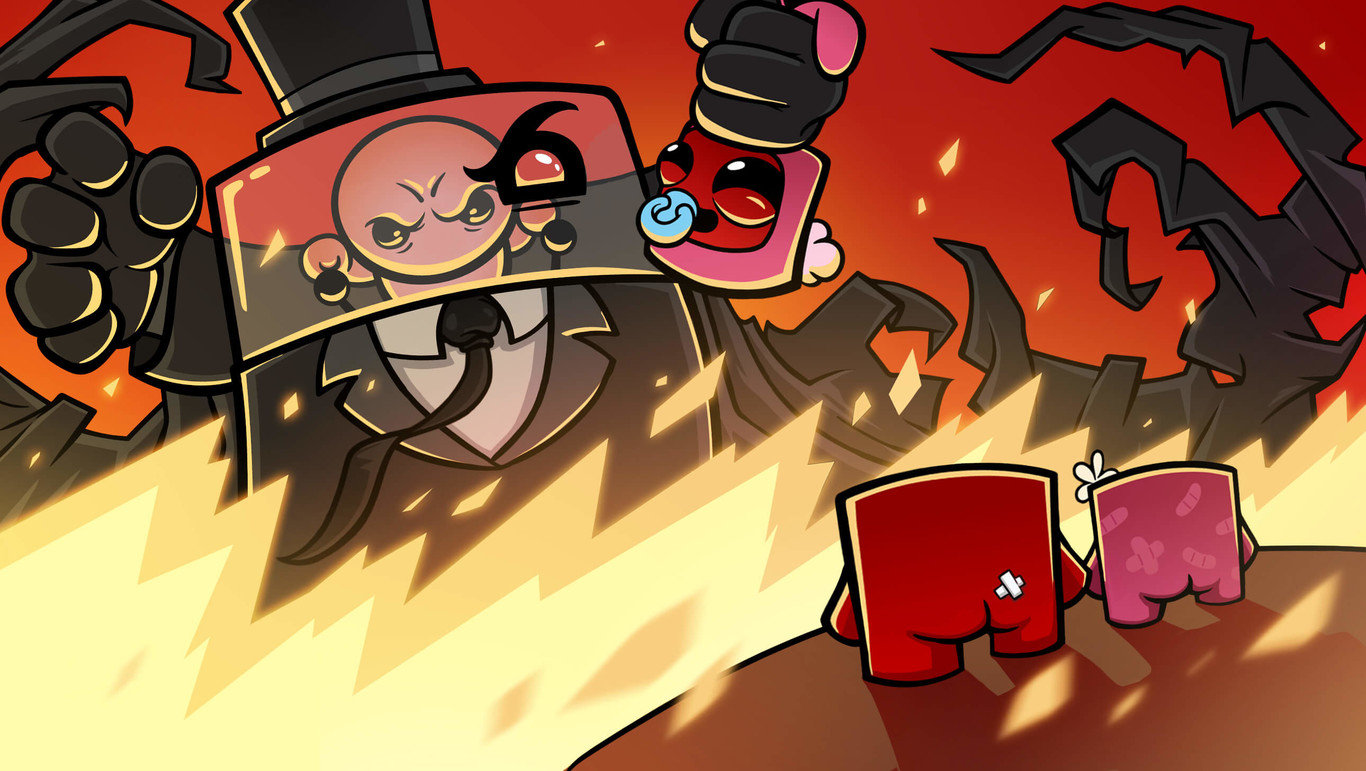 END_OF_DOCUMENT_TOKEN_TO_BE_REPLACED

YES! The wait is over, after more then seven years, one of the most awaited games in the recent times is here. Because it is an CD Projekt Red game and release on the GOG platform, it has no protection. As usual, make sure you buy it if you like it, because this studio deserves it. Have a lot of fun with it!

Description: Cyberpunk 2077 is an open-world, action-adventure story set in Night City, a megalopolis obsessed with power, glamour and body modification. 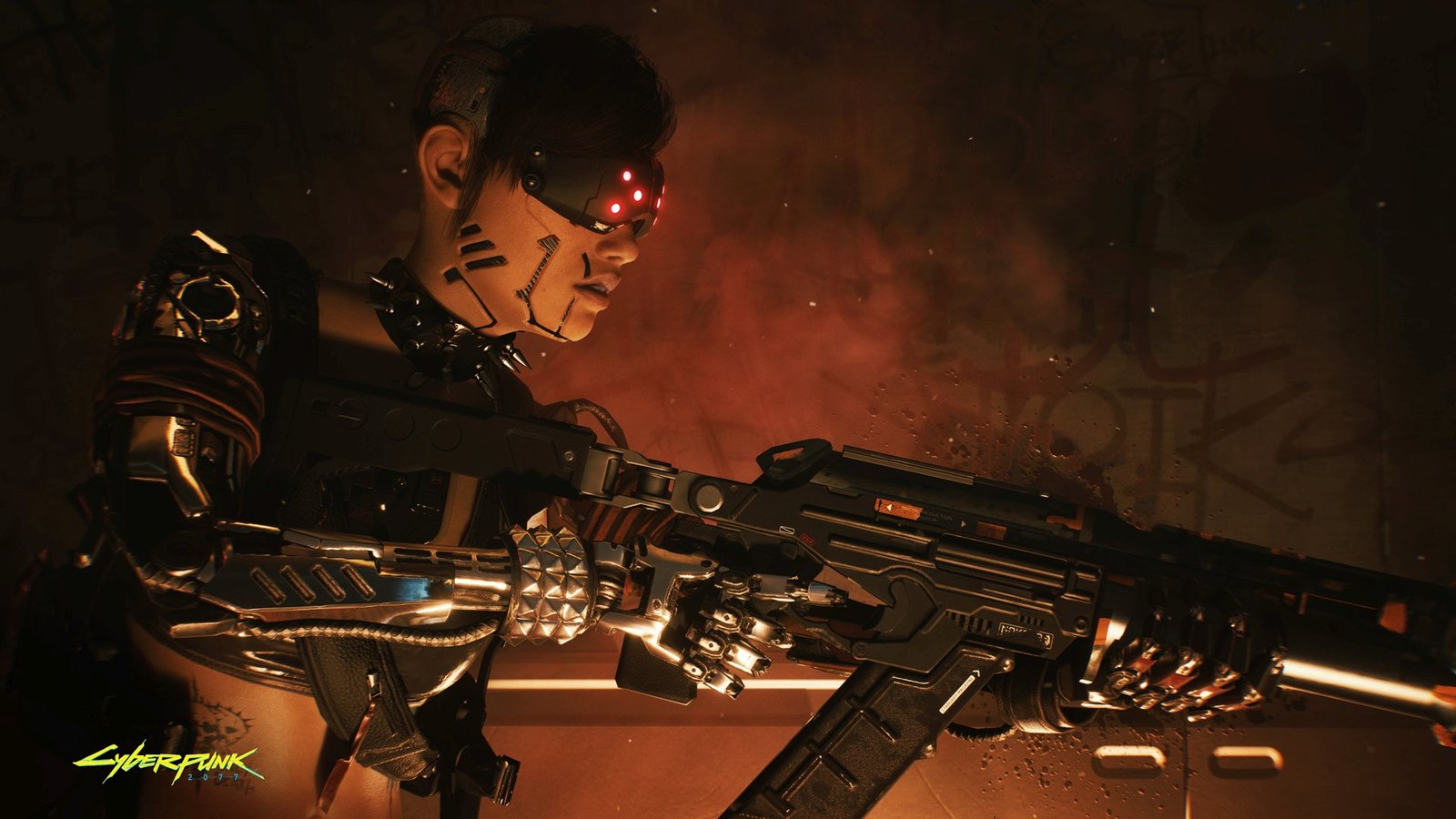 END_OF_DOCUMENT_TOKEN_TO_BE_REPLACED

And yes, the remastered version for the second game in the BloodRayne saga is released in the same them as the original one. Same scene group dealt the release, CODEX. Now you have to full package. Feel free to go and have fun!

Description: Enhanced and updated for modern systems, this is the definitive edition of Rayne’s second adventure: a blood-soaked rampage of vengeance against the Cult of Kagan, a group led by Rayne’s half-siblings that seek to carry out their father Kagan’s legacy by creating a new era of vampire supremacy. 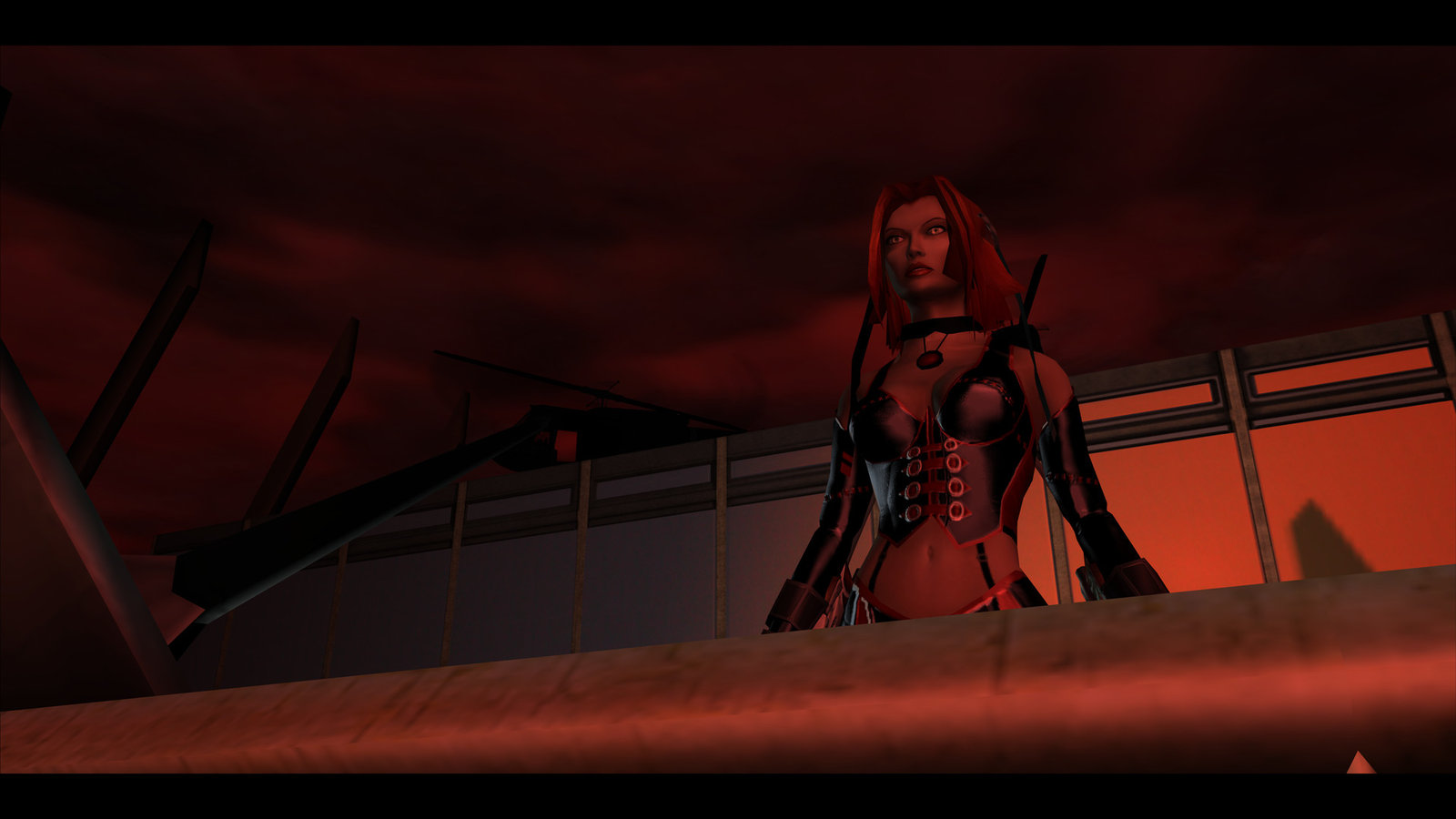 END_OF_DOCUMENT_TOKEN_TO_BE_REPLACED

Here is a little nostalgia for me from when i was back in high school and a collage gave me the original release of this game, i totally forgot how amusing the introduction was and how great were the game mechanics for that time. Thanks to the original developers you can now enjoy this game on the modern configuration with all the necessary upgrades. This release is dealt by CODEX and comes with no protection and a small size. Have a lot of fun with it!

Description: Enhanced and updated for modern systems, this is the definitive edition of the action horror game that unleashed the red-headed dhampir on the world. In a story spanning five years, Rayne must stop a madman bent on using occult relics to bring about a new age of domination for the Third Reich. 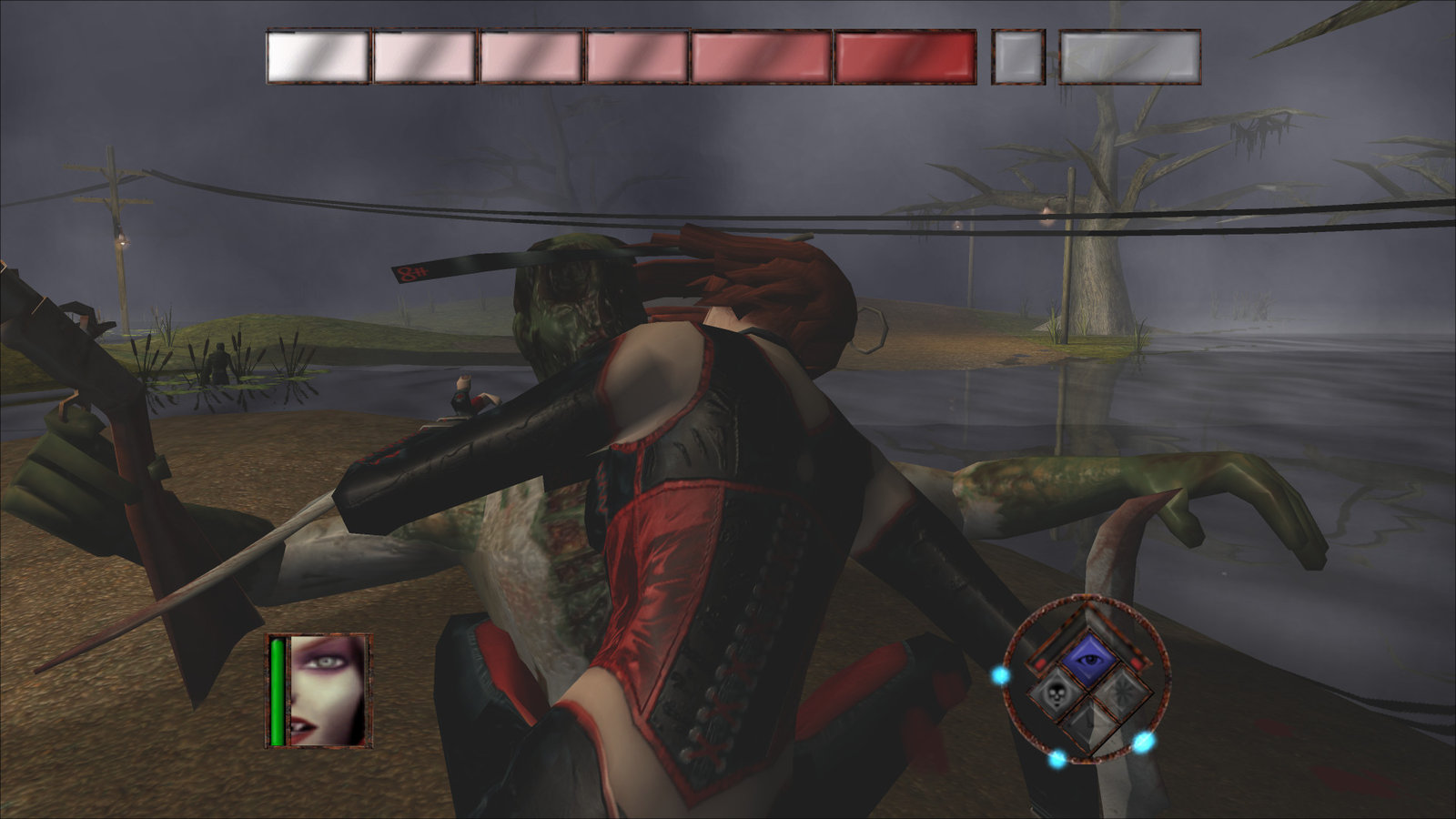